Do you ever feel that each year goes by faster than the one before? I sure … 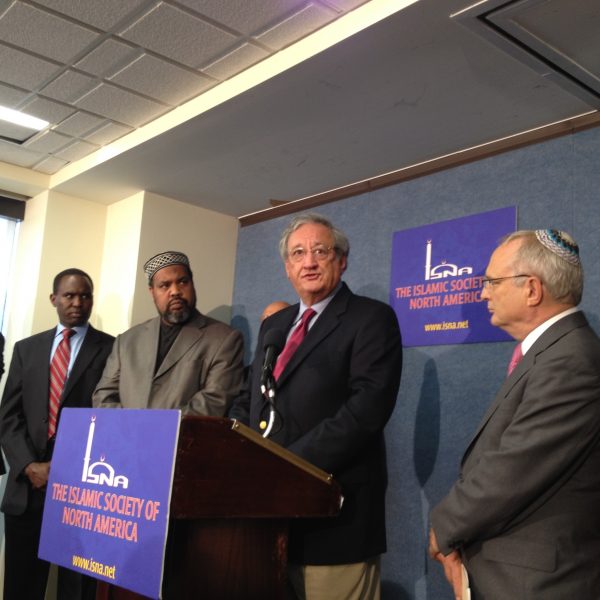 Interfaith Alliance is pleased to welcome our newest staff members. 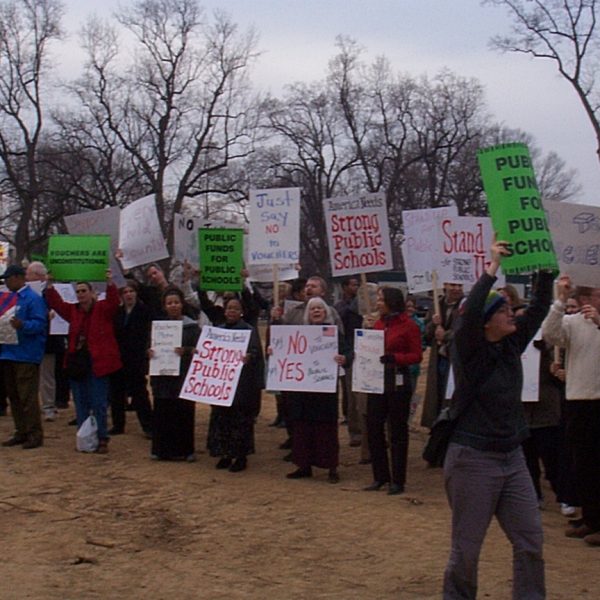 On Friday, November 19th, Interfaith Alliance enthusiast and advisor Donna Red Wing joined me for the start of a Weekend LEADD program at the Armand Hammer United World College of the American West (UWC) in Montezuma, NM. Situated above 6,000 feet among the foothills of the Sangre de Cristo Mountains, UWC is part of a program for high school juniors and seniors that brings together 200 students from 70 countries in a unique, high-level learning experience. Fifty students are from the United States and 150 from other countries; students range in age from 16 to 19. 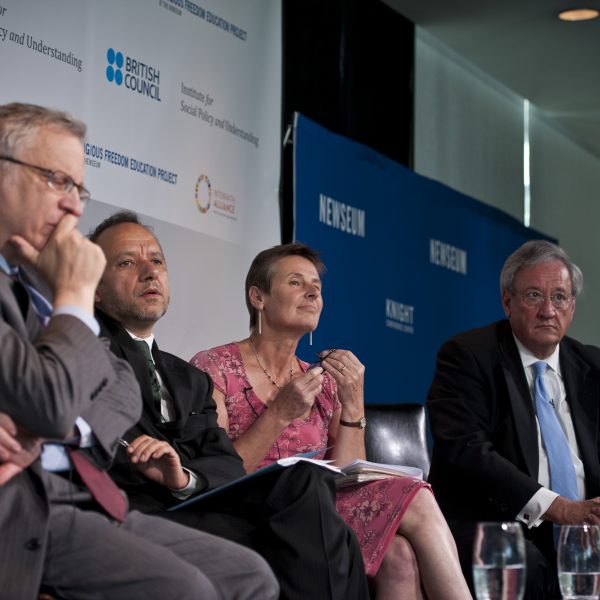 FAQ From You: How can I make my year-end gift count? 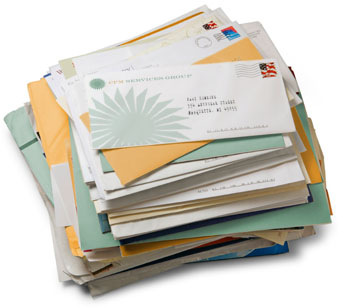 Year-end gifts are very important to many of our donors, but wading through all the options out there can be both time-consuming and confusing. Donors often set out to make a meaningful gift to an organization they care about, only to end up throwing up their hands in frustration with the red tape. With that in mind, we’ve tried to paint a clear picture of some of the most common ways to make a year-end gift. 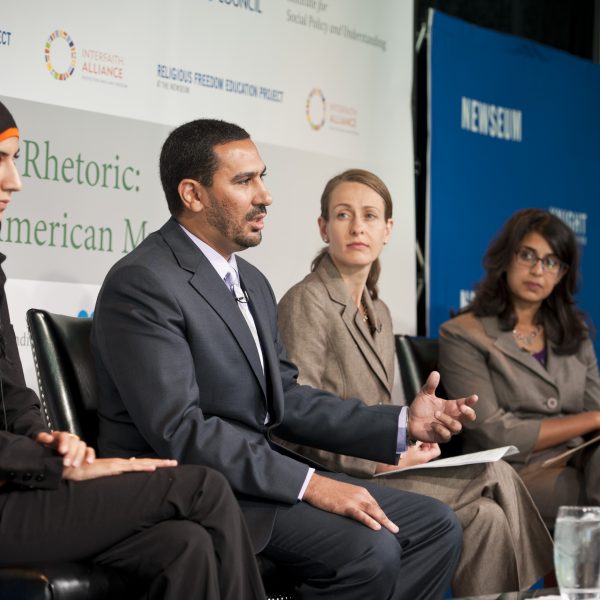 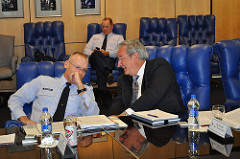 In mid-November, Rev. Gaddy and I had the privilege of attending a conference on religious respect at the United States Air Force Academy (USAFA) in Colorado Springs, Colorado, Rev. Gaddy as a participant and I as an observer. We were part of a diverse group of invitees from a variety of perspectives on religion and religious freedom, most of whom represent chaplain-endorsing organizations. One of the truly notable things about the group assembled by the Academy was that, for the first time, a military atheist and an Earth-Centered spirituality group were included. The task at hand was to provide the Academy with feedback on its soon-to-be implemented program for cadets on religious respect. We also received an inside look at the oft-discussed (and in the past deeply troubled) religious climate at the Academy and were able to provide insight into maintaining a climate of respect there more broadly. The conversations were candid and productive and both Rev. Gaddy and I came away from the conference encouraged by what we saw and eager to track the Academy’s follow-up on helpful recommendations. 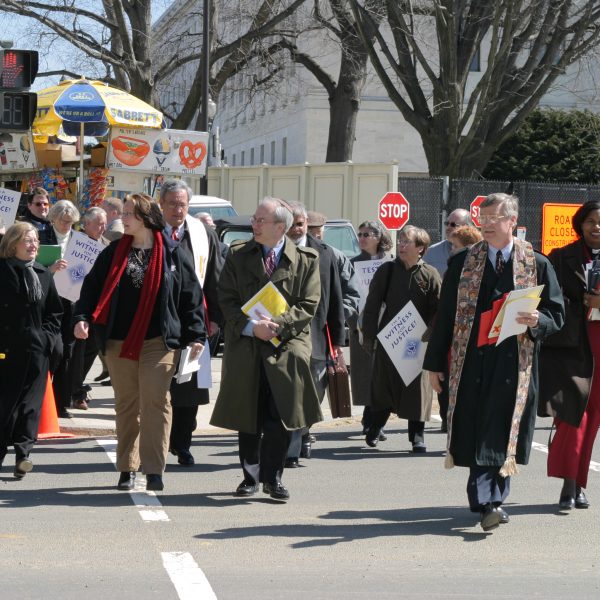 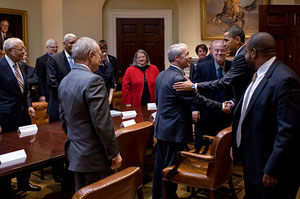 After months of petitioning the House Judiciary Committee’s Subcommittee on the Constitution, Civil Rights, and Civil Liberties to schedule a hearing on the White House Office of Faith-Based and Neighborhood Partnerships, Interfaith Alliance was pleased when Rep. Jerrold Nadler (D-NY), subcommittee chairman, scheduled a hearing for November 18th.

Not coincidentally, the day before the hearing, the Obama Administration released an executive order amending the Bush Administration’s 2001 order, which had established the White House Office of Faith-Based and Community Initiatives – renamed the Office of Faith-Based and Neighborhood Partnerships by President Obama upon taking office. The new executive order took center stage on the hearing’s agenda, specifically its neglect in tackling the issue of religion-based employment discrimination. 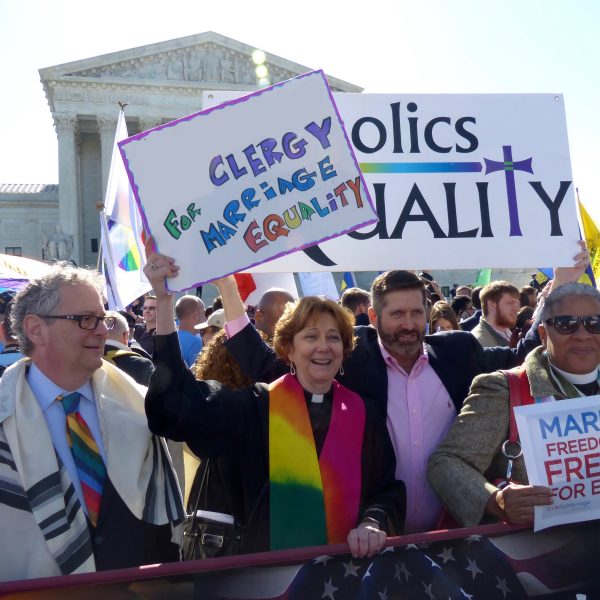 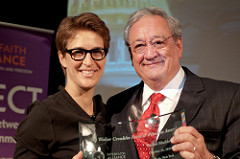 On October 24th, Interfaith Alliance supporters gathered together at New York City’s Prince George Ballroom to honor the Rev. Dr. Joan Brown Campbell, Director of the Department of Religion at the Chautauqua Institution, and Rachel Maddow of MSNBC’s The Rachel Maddow Show, 2010 recipients of the Walter Cronkite Faith & Freedom Award. Take a look at the highlights of the evening with us…