It’s hard to believe that another year has almost passed. It seems that just yesterday I …

FAQ From You: How Can I Give At Year-End?

It’s been a busy couple of months at State of Belief Radio. Unfortunately, some of that has to do with the unprecedented recklessness with which this year’s political campaigns have unreservedly and unrelentingly leaned on religious themes in promoting their candidates. Uniquely positioned to bring some rational discussion to this arena, Rev. Gaddy has – week after week – addressed these attempts to crassly leverage voters’ religious convictions for political advantage with insightful guests from the worlds of journalism and academia, as well as activists and faith leaders.

We were proud to broadcast from Des Moines, Iowa, early in December, providing some personal perspectives from Rev. Gaddy and several local guests on the state that is ground zero for the primary season. Earlier in the year, listeners heard shows from the Capital Rotunda in Washington, D.C., during a demonstration for economic justice, and even Vietnam, as Rev. Gaddy and a distinguished panel of guests discussed the moral implications of the still-lingering effects of the wartime use of Agent Orange by the U.S. military. 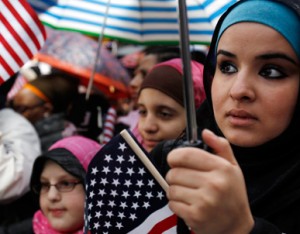 If you’ve read our recent e-newsletters and other email correspondence, you’ve probably picked up on a pattern: The suspicion of, lack of knowledge about and bigotry toward the American Muslim community is one of the biggest religious freedom issues our nation is facing today. We see this in the irrational panic over the fictional “creeping Shariah threat” to our Constitution; in the struggle some Muslim communities go through to simply build a house of worship; and in Congressional hearings that paint Muslim Americans as posing homegrown terrorism threats.

Just this month, the House Committee on Homeland Security and the Senate Committee on Homeland Security and Governmental Affairs held a joint hearing on “Homegrown Terrorism: The Threat to Military Communities inside the United States.” While such a hearing might sound innocuous, just like the other hearings chaired by Rep. Peter King of New York this year, this one focused largely on the threat of “radicalized” Muslims. In testimony submitted for the official hearing record, Rev. Gaddy pointed out the myriad reasons these hearings are bad for religious freedom. And it seems that there is no end in sight. Rep. King has said he will continue the hearings next year, focusing on whether “certain mosques” are being used to “radicalize” Muslims in the U.S. 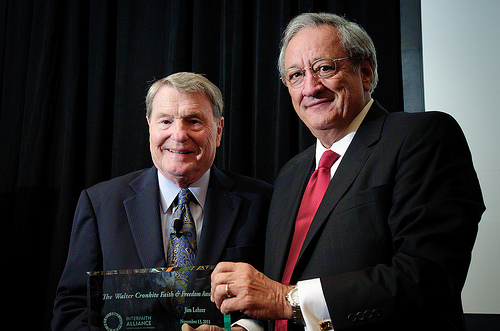 November 13, 2011, proved to be a landmark evening for Interfaith Alliance, as together, we celebrated our accomplishments of the past year and looked toward the challenges and opportunities of a new year. As Rev. Gaddy said when he opened the evening, “Tonight is a celebration within, not an escape from, the climate in which we live. Your support for our issues is crucial.”

Hundreds of guests gathered at the Prince George Ballroom in New York to support Interfaith Alliance’s many successes of 2011, to listen to inspiring stories from Rev. Gaddy, Donna Red Wing and singer-songwriter Chely Wright, to celebrate the professional contributions to religious freedom by our honorees Jim Lehrer and the Rt. Rev. Jane Holmes Dixon, and to hear remarks from several of our dedicated board members.

Taking Our Message to the Campaign Trail: On the Road in Iowa 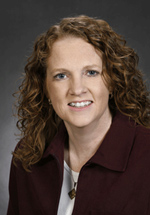 The misuse of religion for personal political gain is nothing new to the American electoral process, but we’ve never seen religion misused so deliberately so early, as we have this campaign season…and it must stop. That’s why Rev. Gaddy joined me on a road trip through Iowa a few weeks ago…and we were busy!

On November 30, Rev. Gaddy spoke to a large crowd of students and community members at Coe College in Cedar Rapids about the dangers that our country faces as politics and religion become increasingly intertwined. The next day, he visited Des Moines to participate in a public forum on the same issue at Tifereth Israel Synagogue.

In his speech entitled, “But God said I could be President! Is God confused or are we?” Rev. Gaddy skillfully wove his message about the damage candidates do to religion and politics when they tout their religious credentials and use their “God talk” rather than respecting the First Amendment and focusing on the pressing issues of the nation.

Calling All High School Students in the Boston Area! 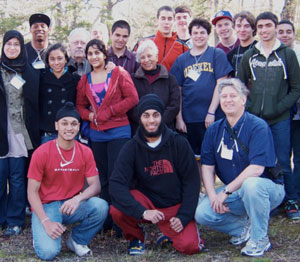 We are currently accepting applications for high school students (grades 9 through 12) in the greater Boston area interested in American history and politics, interfaith dialogue and religious liberty issues to attend our Boston LEADD January 27–29.

Students are invited to apply for the weekend-long opportunity, which will be held at the Friendly Crossways Retreat Center at 247 Littleton Country Road in Harvard. The program is limited to 28 students. The cost per student is $150.