Religious Freedom in the 116th Congress 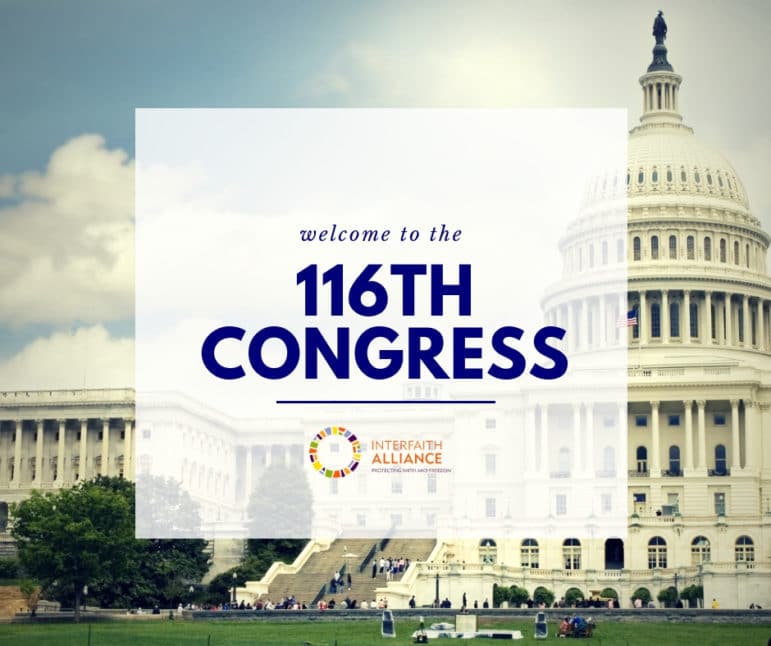 But this is also a moment to celebrate. We’ve always believed that our nation is made stronger through our rich religious and cultural diversity. This year, Interfaith Alliance welcomes the most diverse Congress in history, including the first Muslim congresswomen and the first Native American congresswomen. Congress is also making strides to support parents who work on the Hill, opening the first day care center to serve House staff.

The next few weeks are full of possibility. Right now, our representatives are choosing their defining issues for the coming legislative session. It’s up to us to make sure that religious freedom is at the top of the list.

Here are just a few things we’re calling on Congress to do this year:

2018 was not the year we hoped for – not even close. Time and again, we were reminded that the Religious Right has entrenched itself in this administration, and in communities across America.  They are enacting far-reaching policies and appointing extremists to key positions, with the explicit purpose of rolling back Americans’ First Amendment rights.

And yet, we remain hopeful. In the 116th Congress, Interfaith Alliance will stand up for our most fundamental freedom – the right to believe and live out our values, without discrimination or stigma. As legislation is introduced, we’ll keep you informed and share calls to action.

Now, more than ever, we must speak in a unified voice. We wish the members of the 116th Congress a productive legislative session, committed to protecting faith and freedom.